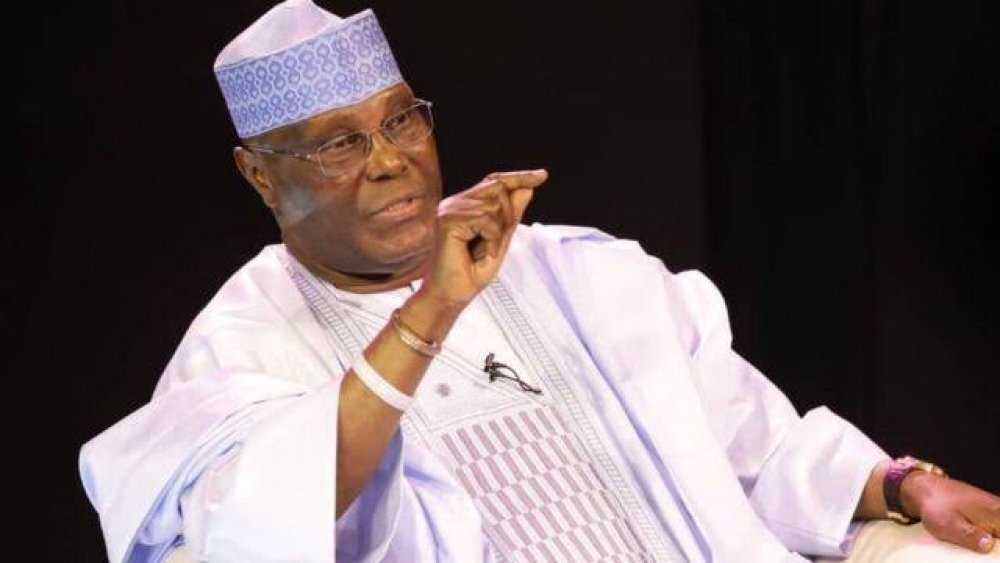 A Peoples Democratic Party (PDP) support group known as the PDP Action 2023 has advised former Vice President Atiku Abubakar not to run in the 2023 presidential election due to his age.

The group’s chairman, Rufus Omeire, gave the advice in a statement released in Abuja on Wednesday.

The group advised Abubakar to become the chairman of the party’s Board of Trustees (BoT) rather than the party’s presidential candidate for 2023.

It noted that Abubakar, who lost the 2019 presidential election to President Muhammadu Buhari, would be 77 years old in 2023, so age would no longer be on his side to walk.

The group also accused Abubakar of leaving the party and Nigerians after the 2019 general election.

“It is very embarrassing that since he lost the presidential election, he has moved to Dubai, abandoning all PDP members, all stakeholders and millions of ordinary Nigerians who voted for him and PDP in 2019.

“It is a betrayal of confidence for Abubakar to ignore the feelings and sacrifices of ordinary voters who supported him and PDP in 2019.

“With the 2023 elections approaching again, he has returned and started politics again. Apparently politics is the only thing he’s really good at.”

The group also accused Abubakar of leaving the party in the time of crisis, but bowing during the presidential elections.

In addition, he is widely regarded as detached from the PDP when the party is in turbulence, but does not become active in party affairs until it is time for presidential nominations.

“Several groups and individuals in the PDP have accused him of abandoning them shortly after he lost the 2019 presidential election,” the statement read in part.

The group said that since Abubakar returned from Morocco, he had not attended a PDP crisis, but only visited governors Nyesom Wike of Rivers, Godwin Obaseki of Edo and Udom Emmanuel of the states of Akwa Ibom.

It added that Abubakar also attended the funeral of the father of Delta Governor Ifeanyi Okowa.

It also noted that Abubakar moved to Edo afterward to meet Obaseki.

“But since the PDP was mired in crises two weeks ago, one would have thought that he would remain involved as the party’s last flag bearer to find a solution. New.

“He preferred to travel to Morocco to see his new wife. Of course he has a right to his family life and privileges.”

He expressed his surprise that Abubakar claimed in his letter to the PDP National Working Committee that he has lived in Dubai to improve his education, to learn how to rule Nigeria.

“We think it is time for Abubakar to step aside and let others, preferably the younger generation, step forward.

“He may be asked to take up the position of chairman of the PDP Board of Trustees, where he will have an advisory role to younger politicians, as an elder statesman.”

It described PDP ACTION 2023 as a group that wanted to help the PDP play its appropriate role as the main opposition platform in Nigeria, focusing on providing good governance for Nigeria.

He expressed his optimism that the party’s governors would tackle the PDP leadership crisis.

“The current crisis in PDP is a normal struggle in party politics.

“We believe that PDP governors and stakeholders will quickly resolve the crisis and that PDP will emerge stronger.

“For PDP to achieve this goal, it must present an acceptable candidate for president by 2023,” it advised.