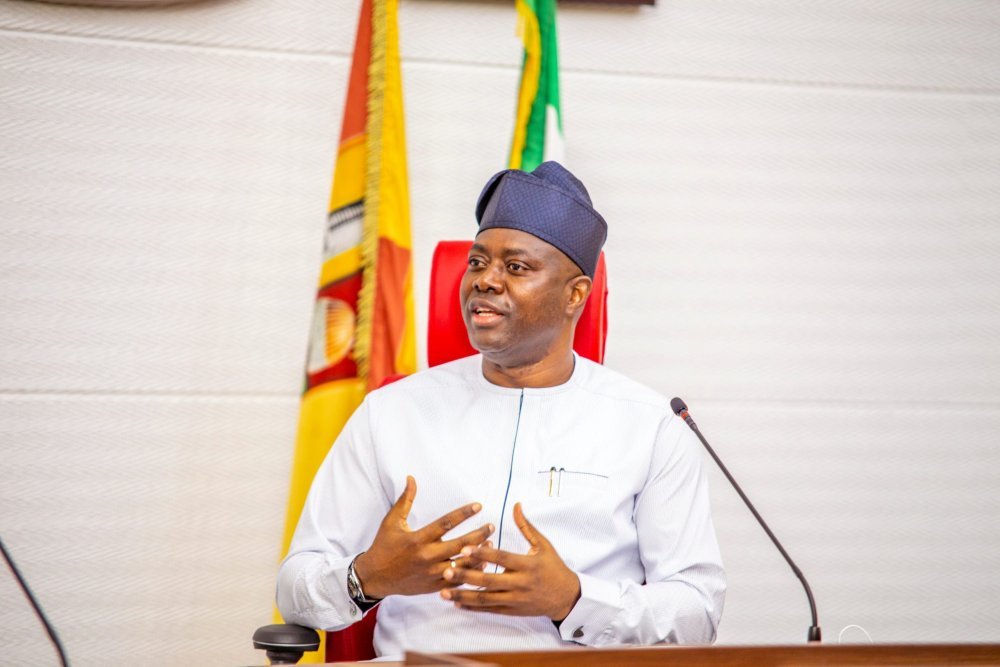 Oyo state governor Seyi Makinde has said he has no ambition to contest the presidential position in 2023.

Makinde made the clarification in a statement made available by his Chief Press Secretary, Taiwo Adisa.

Makinde became the governor of Oyo state on May 29, 2019, but insists he has no ambition to become president of Nigeria in 2023.

In the statement issued Monday on behalf of the governor, Adisa urged the public to ignore a banner ad claiming that Makinde will run for president in 2023.

He described the sponsors of the news as detractors and noted that such people want to distract the people from Oyo state.

The media assistant added that it was unthinkable that the governor who warned his supporters not to mount a second-term campaign for him would launch a 2023 presidential campaign during this time.

“This is clearly the antics of lap dog purveyors on social media, who are just trying to distract well-meaning people of Oyo State from the joy caused by the Shooting Stars Sports Club’s well-deserved promotion to the Premier League (3SC) .

“We believe that this fraudulent post, which alluded to Governor Makinde’s Chief Press Secretary, is the handiwork of opposition elements as APC’s social media lapdogs spread the fake news widely on their social media accounts. placed.

“It is the usual practice of opponents and opponents to mix sour grapes in the fruit basket, at a time when well-meaning citizens are celebrating.

“However, let it be made clear that Governor Makinde has no hand in such a campaign for the presidency as he has always stated that tomorrow belongs only to God.

“It is inconceivable that the governor, who has warned supporters not to mount a second-term campaign for him, would launch a 2023 presidential campaign during this period.

“We therefore urge the public to ignore the fake news and see it as the shenanigans of a troubled opposition, which continues to show its desperation to regain power at all costs.”