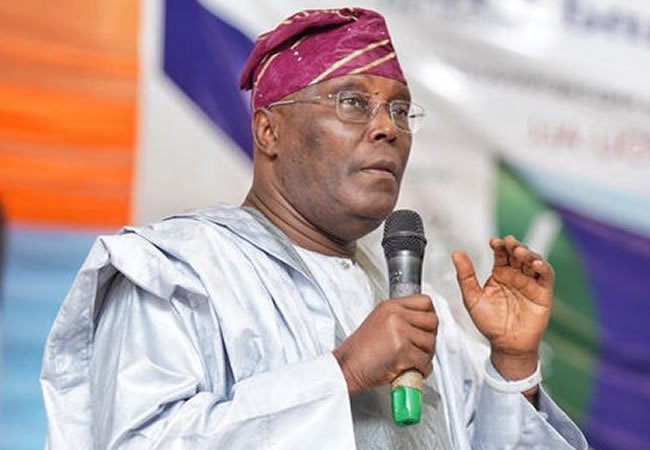 The meeting took place on Wednesday at the governor’s private residence.

After the meeting, Atiku said Nigerians are eagerly awaiting the People’s Democratic Party to take power at the federal level in 2023.

The former vice president said so in a statement released Thursday by special assistant to the Rivers State Governor on Media, Kelvin Ebiri, titled Nigerians are waiting for PDP to take power in 2023 -Atiku.

Speaking to reporters at Government House, Port Harcourt on Thursday, Atiku said his meeting with Wike was fruitful.

He explained that party affairs brought him to Port Harcourt and that he had spent the time reconciling touching issues with Governor Wike.

According to him, the problems are about how to ensure unity and stability in the People’s Democratic Party, which are crucial for the party to achieve the election victory in 2023.

The statement read: “Well, I came here to reconcile with the governor about party matters and how we can make sure there is unity and stability in the party.

Atiku described the prevailing insecurity challenges in the country as bad.

He urged Nigerians to wait for the right time for PDP to unveil its policies on how it intends to tackle the issue of insecurity across the country.

‘Why can’t you give us time. We come with our policy. We will present them to Nigerians when the time comes.

“We’ve done that before. Under PDP we recorded the highest economic growth, the best foreign reserves, we reduced unemployment. Do you know we can do it?